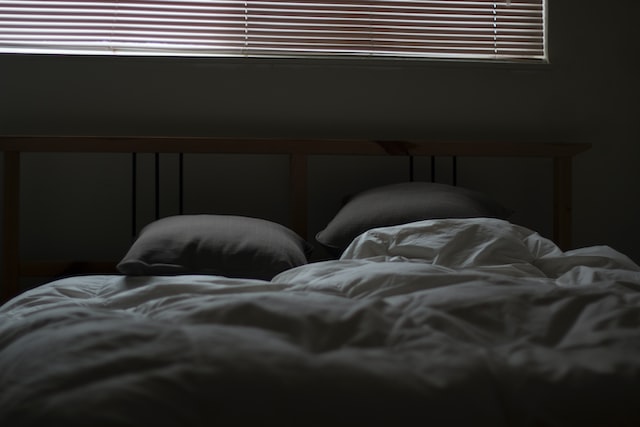 What I have found is probably not a long-term solution, but it has been working for quite a while now.

The only workable solution is a dirt nap, which I am planning out for some future day that is too far away.

Right now, the only big problem is an inability to take one of these sleep aids before 3 AM. I should probably figure out why. They otherwise work well. None of them help me sleep for a long time. Six hours is the limit, but that is super-duper good for me.

There was a short time, now a distant memory, that it appeared that I could sleep a reliable eight. I am not sure if any of that happened. Did it? At this point, I think someone was playing a trick on me, and none of it happened.

My biggest problem is losing weeks and months. I can’t remember August. All of it. It is now the middle of September. Honestly, I don’t remember much of September. I am losing my already-tenuous grip on reality.

Which is just fine, nothing bad happens because of it, and in an way, it seems to protect me. So, no problems here.

My car breaking down 50 miles away for over six weeks helped me out. Sadly, the car is now fixed. I am still stupidly still waiting for my RAV4 SE Hybrid to be built. I might cancel the order.

I don’t like being around or talking to people anymore, and a car only makes it easier to be around people. Who wants that?

I have learned over the past six weeks that I can get everything I need delivered to my door, and I don’t even have to see or talk to the delivery person.

Everything I need to stay in shape is in my house - why do I need to be in good physical shape anyway?

There is no reason to ever leave my home - other than yard work - and that is more than enough of being outside my house. I can see very clearly how dumb and delusional I was to think there is anything meaningful to life. There just isn’t.

Okay, Ragnar wants his walks - and gets very whiny if we do not go - so I wait for darkness to venture out. I can even mow my grass in the dark if I want - my mowers are that quiet.

Have I become the Klopeks? Minus the skulls in the trunk of the car, of course.

What is this supposed to be about? Oh yeah, sleep.

Outside of my current bout of nasty flu that refuses to go away, I have been alternating between five different things. I may have talked about all of them, except one. For completeness, I will briefly mention them. I am still gathering data from my CPAP machine to see if I can figure out if there are any objective differences over a long enough amount of time.

The problem is that sooner or later, every solution stops working, so I alternate in hopes of keeping them working.

They all have one valuable attribute besides helping me fall asleep quickly: I do not wake up groggy. That is invaluable.

Honestly, I am not sure why I try to sleep. The only thing worse than being awake is being asleep. My day goes from one kind of nightmare when I am awake to a different type of nightmare when I sleep, and of course wake the next day into a nightmare. What is the point of this?

Anyway, for whatever it is worth:

As always, this is not medical advice, blah, blah, snore.

I am very fortunate to live in a state where this has been legal for about a decade, and I only recently gave it a shot. My opinion is that hemp and MJ being illegal in most of the world is a crime against humanity. It used to be legal in the US and were made illegal for obscene, corrupt, and racist reasons. Oddly, reason is starting to prevail again - at least somewhat in this narrow instance.

They are gummies derived from the Indica strain. Supposedly, Sativa is not what you want for sleep.

I have several brands of gummies, which vary in dosage. None have more than 10 mg of any ingredient, and none have less than 2.5 mg, which is usually the CBN. Some have CDB - a non-psychoactive. I can cut them down to about 2.5 mg, and it works well and does not make me high, which is important to me. It is hard enough to keep a hold on reality. At least I am pretty sure that it does not. It takes less than 30 minutes to knock me out, and my dreams are no more weird taking this compared to anything else.

A downside is that they are pretty expensive. The gummies are about $2 a piece, but I cut them in half and some in quarters, so they last a lot longer.

I talked about CDB before, that is legal on the US federal level via the farm bill. I have stopped buying these as it is not as effective, and it is more expensive, so what is the point?

This is a liquid with the brand name Tonic Sea.

It is a few things mixed in liposomal. It is supposed to be more effective, which seems to be the case.

It is not hemp or marijuana-derived.

It also puts me out in about 30 minutes, which is good. My CPAP reports a higher apnea event on this, but not significantly.

A downside is that it tastes so gross. It is supposed to taste like orange. It does not. There are no words for the horror that is the taste.

It does cost about half of the THC/CDB/CBN gummies, which is a plus.

This is cheap, readily available in normal stores, and it works fairly quickly. It is an over-the-counter antihistamine sold as a sleep aid. It is not the only one but the other type causes restless legs in me.

This is, by far, the cheapest solution that works for me.

Sleep is just okay, not too long and usually too short, which is everything on this list.

A downside is that, at least for me, it stops working quickly. I throw this into the cycle every other time through the list.

AKA Flexeril. This is a prescription muscle relaxant that is often - as in my case - prescribed as a sleep aid. It also works as well as doxylamine.

Flexeril stops working almost as quickly as doxylamine, so I stretch out its usage. It helps my shoulder a lot which gets very tight.

These pills are a hippie mixture of different hippie things.

It costs about half as much as liposomal sleep and takes a little longer to work. Nothing is perfect, but it still works under an hour which is great.

Hopefully, this is helpful to someone. Even though I am a full-on hermit now, I still want to help people. That might be a problem.