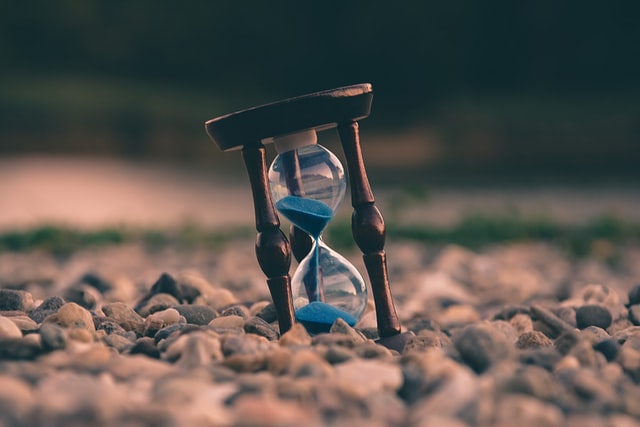 Time is an illusion. Lunchtime doubly so.

Ford Prefect - The Hitchhiker’s Guide to the Galaxy

It was Albert Einstein that first - probably - said that time is an illusion, for completeness the quote is: “People like us who believe in physics know that the distinction between past, present, and future is only a stubbornly persistent illusion.”

In my physics and astronomy courses in college, I struggled with the concept of Relativity and time. I could do most of the math, but what the math actually said wasn’t always so clear.

It feels that time should be real as one can take measurable properties such as mass and energy and rewrite them as a function of time.

In the abstract, it is really nothing. It is an illusion, as both Einstein and Ford Prefect stated. Time, as we observe it, it has something to do with the rotation on the earth’s axis and the earth’s revolution around the sun.

It is all relative and only has meaning to our planet.

Of course, that is not what Relativity is, and this is not an article on physics.

I would argue a little with Einstein as I believe that time doesn’t exist. Not even as an abstract concept or an illusion. The past, present, and future do not exist. When days go by with no meaning, time really is all bunched up and passes at varying velocities. I still prefer to think of time as non-existent. That is what this article is about.

I will use today as an example of what I am trying to get at.

I woke up around 8 AM after falling asleep close to 3 AM. I feel okay-ish. About as good as can be expected for someone that doesn’t feel happiness or energy anymore - which is where I need to be.

The first thing I do is put Ragnar out. He is such a good dog, very well house trained. Next, I do my stretches for my broken knees. Then I have my usual breakfast of an apple - Cosmic Crisp is the best apple ever - and a low-calorie protein shake. I read some news and goofy message boards that I follow while planning out the day. I let Ragnar in and just relax a little. It feels like 30 minutes have passed, yet I look at the clock and it is 2 PM!

The day is nearly shot. I did mowing, and some weed control stuff done in the afternoon and went on a 10-mile bike ride - which is sad. I can’t even get motivated to ride anymore. I have to force it.

That is a majorly busy day for me this year so far.

How does that happen? What is it that makes time go so quickly? The same thing happens in the evening. It could be 8 PM, and “30 minutes later” it is 2 AM.

What is wrong with my brain?

The last nearly 8 months have been brutal for me, but things should not be like this. I haven’t gone fishing yet this year because getting out of the house is hard. Even yard work is hard. I can’t work if I see others outside.

I have gone completely avoidant.

If I have to go grocery shopping, I try to go in the morning since so many things are still selling out quickly. By the time I get out of the house, it is 7 or 8 in the evening. Yet, the time between morning and evening feels like less than an hour.

If I mow the lawn, ride my bike, or whatever, it takes the same amount of time as always, so time can move appropriately. Why not always?

I guess the solution is to get moving and stay moving. Not being motivated is not something I am accustomed to. It is not that I used to be super busy, but I could do several things and move forward productively. I fell behind on my to-do list last fall, and that list is getting longer because there is no longer any time in a day.

Seriously, what is wrong with me? I don’t have any insight on this. So, this is turning into a whiny rant more than a productive article. Ironic.

I think it is a product of spending so much time at my mom’s, helping her out. Even she has noticed that her house seems to be in a time warp. The day goes extremely fast there, but oddly, if I spend a week or four consecutively, the overall time feels like a year has passed.

Over the past few months, I have wished for the end of everything. Almost rooting for nuclear Armageddon or a collision with a good-sized asteroid. Perhaps, a super-mega-blackhole can suck in the entire universe. Maybe, just maybe, the Vogon constructor fleet will pay us a long overdue visit, so they can build a hyperspace bypass where Earth used to be.

Life and humanity seem to not have any meaning or value for me anymore. Even worse, it now feels like a horrible thing that should have never been.

I am aware that those are not happy feelings, nor feelings that end up anywhere positive.

I have had all sorts of different reactions and mindsets brought by depression, psychosis, and anxiety. Never anything like this.

My grandkids will be spending a fair amount of time with me this summer, and I am looking forward to it, but I am not excited. That is really odd, and more disturbingly, it does not disturb me. Irishka’s continued silence, while still not fun and something I do not enjoy, does not disturb me either. She is still the first and last thing I think about every day and always will. Maybe that part is just acceptance, finally. That doesn’t explain my grandkids.

On the plus side, when I am ready, I think this state will make it much easier to leave this life, but depressingly, it doesn’t seem that I am ready, even though I want it. I could have inherited my dad’s guns but turned them down. The reason was that I knew I would use them on myself. Now, I wish I had taken them.

Oh well, it is not like this country will ever learn anything and put up real roadblocks for dangerous people to buy weapons. I enjoy target shooting, so maybe I should get a low-powered rifle like an AR-15 or just a standard .22 caliber and go plink cans now and again. More hobbies are good, right?

I wish I could just say: “So long, and thanks for all the fish.”.