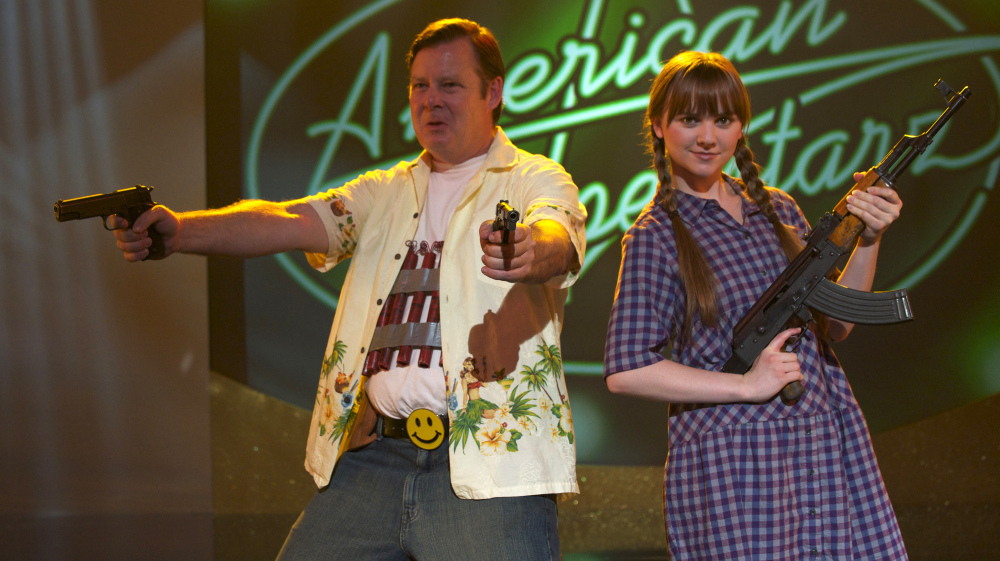 I don’t know how to write a proper movie review, so I won’t even try. These will be more of a “this movie is so awesome, and you likely haven’t seen it, so I will write something about it and post it where no one will read it.” Pure genius!

I mostly stopped watching “small” and independent movies in favor of soulless big-budget movies. I have no idea why. Well, it used to be that even big-budget movies could be good and even great, but that time has long passed.

Now, all they know how to do is produce bad copies of copies and insert mindless PC nonsense and push political agendas where they do not make sense. I enjoy politically motivated movies as long as it makes sense to the story and characters.

So I am going back to mostly independent movies. They are not all good but have a much higher overall quality with the only thing that matters: story. It doesn’t matter how good any action or special effects are if the story is bad. Eternals is the most recent glaring example of this.

So, it is appropriate to start with a movie that came out in 2012 and pushes a political agenda without really doing it. It seems like it does, but it really just points out how humanity is screwed, like Idiocracy. Both movies have turned out to be very prophetic.

I had never heard of this movie until recently. That is bad on my part.

God Bless America is a proper black comedy and satire written and directed by Bobcat Goldthwait. He is an actor, writer, stand-up comedian, and director. He is best known for writing and directing World’s Greatest Dad and acting in Police Academy parts 2 to 200,000. How many Police Academy movies are there? Well, only the first two are worth watching.

It is very well acted by Joel Murray(Frank) and Tara Lynne Barr(Roxy). Frank is a middle-aged lonely guy with a brain tumor who is sick of the downward spiral of society. Roxy is a sardonic 16-year-old impulsive brat.

Black comedies are one of the most difficult types of movies to get right. By definition, they are almost always satire, which is difficult also. I think this one got as close to perfectly executed as possible. It is also the most lighthearted black comedy I have ever seen, yet still on point.

Killing people because America has become a rude, nasty and very stupid place seems so appropriate. It is a way to point out the said rudeness, nastiness, and proud stupidity in America. Its main characters could see the meanness and hypocrisy in everyone but themselves, which is perfect. They cannot self-reflect. Is there anything more American?

A lot of the pop culture references are a bit dated, obviously. Everything has gotten much worse in the past 10 years, so it is more relevant today. The American Idol references are still spot-on. It points out damaging discourse in America so accurately it is scary. Sadly, it has gotten so much worse than depicted.

This movie is basically George Carlin’s “people who ought to be killed” routine in movie form.

I suppose parallels to Breaking Bad could be made, but I think that Frank and Roxy are just bad people and were waiting for an excuse to unleash their frustrations.

One more analogy: this is a comedic Falling Down. An excellent, serious movie that covers similar ground but also goes much deeper. Highly recommended and also completely relevant today.

Many black comedies tend to chicken out at the end by not taking the plot and characters to their proper conclusion. In the end, there is no hope for anyone, and the freak show will continue. Society will only get worse, as Carlin correctly predicted. The only thing to do is sit back and laugh at the absurdity of it all.

Heathers is a good example of a movie not having the courage to take the plot to its proper conclusion. It chickened out in the end, ruining what should have been a great movie. It is still worth watching though.

God Bless America continues with the absurdity and hypocrisy that it showed from the very beginning right to the end. For that reason, it should be watched by everyone. Hardly anyone takes risks in movie making anymore. They are all safe and homogenized, so any movie doing it right should stand out, and, sadly, that is rarely the case.