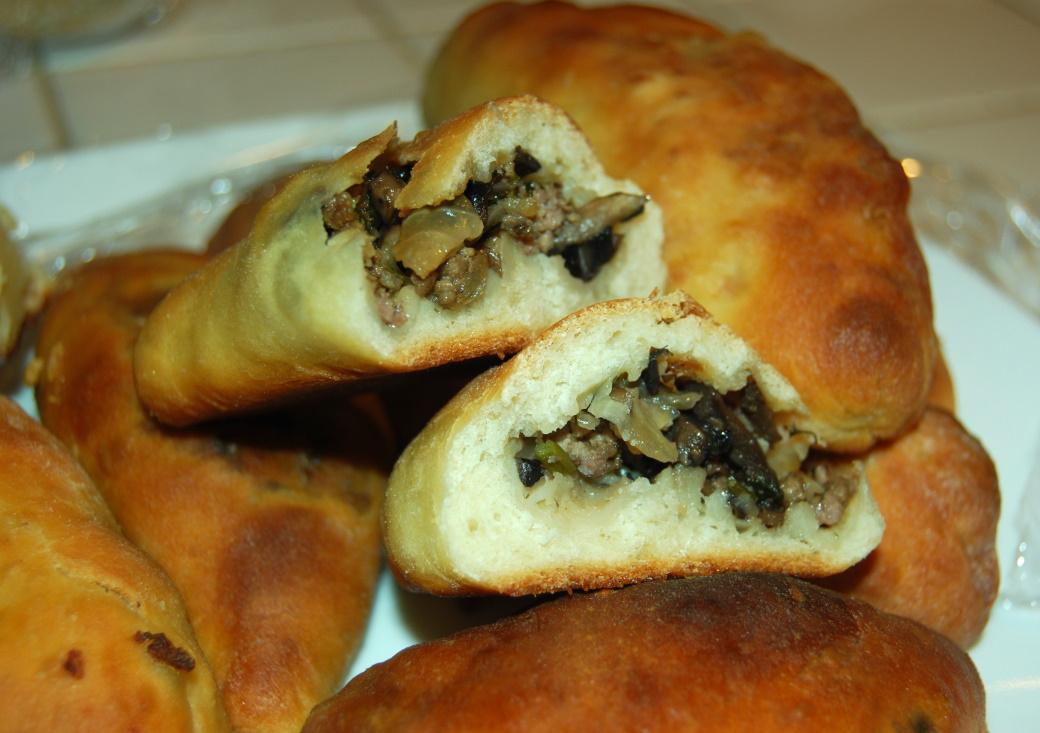 This is based on the Russian pirozhki recipe posted earlier this year. When I wrote up that recipe, I noted it might be good with other mixtures. This is an attempt to see if I am right or if I put together a culinary horror.

I have never taken a deep dive into Mexican food, so it is possible that it is already a thing.

This will be a little different in that it is not wrapped in a tortilla. Instead, a yeast dough is used. It is the same dough as the pirozhki, slightly modified and is half the recipe from the beef and cheese pirozhki recipe.

After way too much thought, instead of a taco, burrito or fajita type of filling, I settled on carne asada. This recipe also uses Mexican rice.

Make sure you start the carne asada the night before. The Mexican rice could also be made the day before.

Serve with salsa and a salad.

Make sure that there is no excess liquid in the mixture, it will soak through the dough.

Sadly, I could not find Asadero or Oaxaca cheese, so I made due with cheddar, which is an okay substitute, provided that it is decent quality. I think Chihuahua cheese would be good also.

I should add some salsa recipes. Ideally, all of my recipes should be made without anything that comes in a can or jar, but that is not always practical or feasible.

Instead of salsa, I used a nice habanero hot sauce.

Is this worth the effort? It is not hard to make, so in that sense, yes. Perhaps it is because I made that pirozhki recipe last January and having something similar in the same year is a bit much. Is it better than a nice flour tortilla? I think that depends on my mood.

It tastes good but a bit too much on the carbs side of things. So, I was right in my assessment that the Russian recipe can be adjusted to fit other things. I don’t think I will add any more recipes based on this dough, but I would bet that a Mediterranean-based filling, perhaps something like the stuffed peppers recipe would be awesome. I am now very sure that Indian, Thai, Chinese, etc wouldn’t be very good. Even something basic and very plain like Philly cheesesteak would be good.