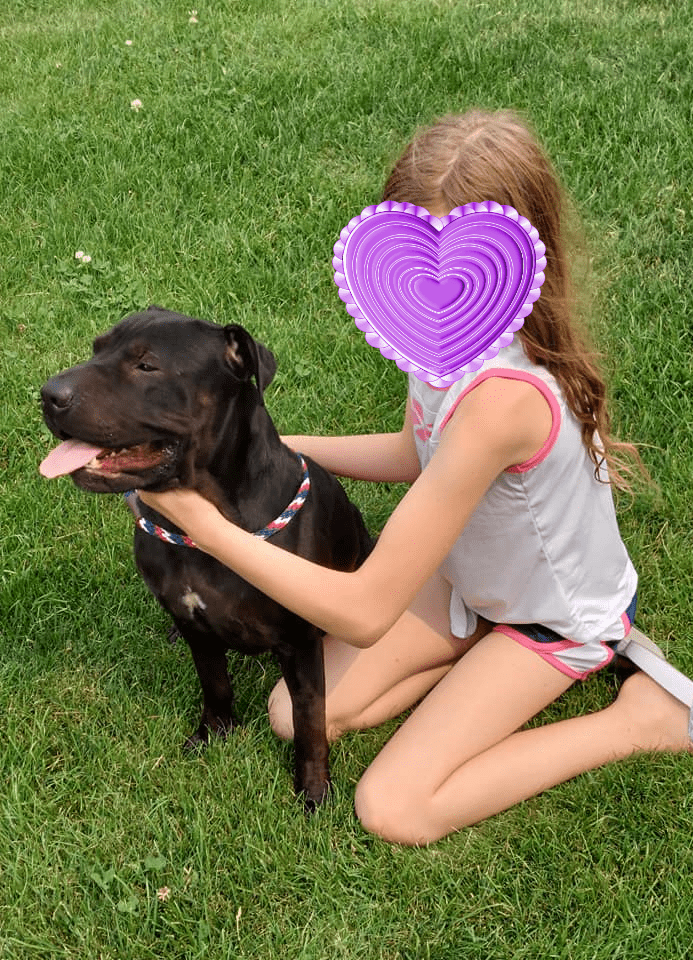 Ever since I bought a house, I have been thinking of getting a pet.

I am not a huge fan of cats. They are okay, I guess. I don’t want my awesome couches and not-so-great carpet shredded, so they are out. Not a fan of ferrets and rodents.

A reptile was a possibility. I have had a few before. Ball pythons, iguana, leopard geckos, and an amazingly bad-tempered Savannah monitor. The other three are very good pets and not aggressive. Leopard geckos are the easiest to manage, although ball pythons are easy as well. Iguanas need a rich vegetable diet so are a bit more difficult. Outside of the pythons, they are not very cuddly creatures. Being cuddly would be a good attribute since I recently failed in yet another ill-advised attempt to find some friends. Found one for a bit, but they stopped talking and hanging out because I am not good enough. Story of my life.

When I was a kid, we had an amazing Belgium Shepherd. Jet black and scary looking - very wolf-like in appearance - but very fun and adventurous. He would even go on 20 mile runs with me and chase off the farm dogs. He would always go to the bathroom beyond our garden and bury it. That was great. I had another awesome dog a few years after the Army. A golden retriever/German shepherd mix. Again, a great dog. Fantastic and incredibly protective of my kids. Sometimes, too much.

Dogs are great, and I decided to get a dog three years ago and waited for an embarrassing reason. I was unsure I was fit to care for one. The two dogs I have had were super easy to take care of, yet I still hesitated. Last summer, I saw a beautiful Siberian husky in the shelter. I love those dogs. It was taken before I could get up there.

This summer, I read that the shelters are filling up past capacity due to housing and covid issues. So I checked again on the local Humane Society website. I found a dog that seemed perfect. It was a black lab/shepherd mix but not super big, house-trained, and knew many tricks and commands. I showed him to my grandson, who spent the month with me. He instantly fell in love. So we go up the next day right when they open and ask for him. Turns out that he is not good with kids or sudden movements. They really should have specified that detail online. So, we talked to the guy that manages the dog kennel and told him about my super boring home life, and he brings out a black lab/shar-pei mix named Ragnar.

We take him outside to the play yard for an hour or so. He will not chase balls and bring them back, sadly. He is a very nice dog, great with the kids.

So, we adopted him. 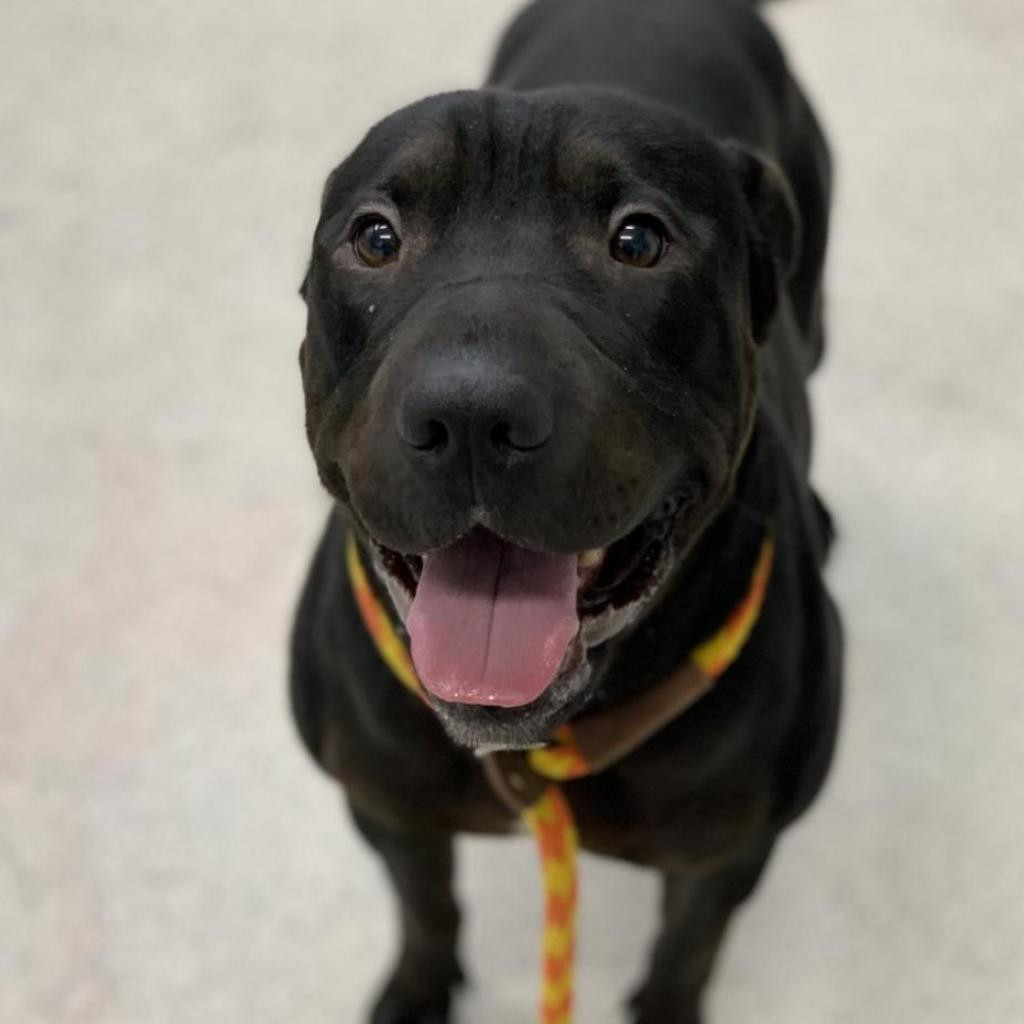 They did tell me to not let him around smaller animals.

Yeah, no kidding. Strong prey drive. Very strong, and that is not good.

It is a source of ongoing stress, but I am working with him to correct it. About half of the time, I can get him to keep walking when he sees a rabbit or cat on our walks. In the other half, it is near impossible to get him moving again.

It seems that he is good with all dogs but the very smallest type. He likes a Corgi, Boxer, and Alaskan Husky that we pass on our walk, but not the Chihuahua. I just make sure that he is chained or leashed when outside and not in the backyard. It is going to take a long time to train it out of him if it can be.

His presence eliminates most other pets I could get. I do have a fish tank with guppies, an African dwarf frog, and a mystery snail. He ignores them, except when the aquarium light is off, he notices the fish then and acts like he does when he sees a cat. So the light stays on. It is strange, I can’t see any fish when the light is off.

I would think that getting any sort of reptile is now a bad idea.

I have never had a dog with any behavior issues before, but at least he doesn’t freak out when he sees them. He just gets super tense. I can get him to obey the sit command when he is like this, and he shows no aggression to any human in this state.

He is housebroken, which is great and obeys basic commands. Although, “shake” seems to translate to “eat my forearm.”

He really is a great dog and was relaxed from day one - outside of cat/rabbit sightings. His personality has not changed, and the shelter said that it might take a month or longer for him to relax enough to be himself. The only difference is that he barks a little more than he did when I brought him home. One time, I took him to the pet store and was trying to find his food, and a little 4-year-old boy sneaks upon us. The kid started petting him. No issues with kids or any humans at all. He loves kids, which is great because we get surrounded by the neighborhood kids the second we go outside.

The kids like his name, but I am trying to change it to Butthead. I like that show, and he is a butthead! He won’t respond to butthead but will jump around when I say his name. Ragnar has had that name since birth and is 20 months old, so I guess I should keep it.

There are some other stresses. Like what to do when I visit my daughter two states over. I guess a kennel. They have a small apartment, and dogs aren’t allowed, plus they have two cats. He is very attached to me, and when I go grocery shopping, he whines and cries. It is sad. If I only need a few things, and it is not too hot out, I take him along. He loves riding in the car but doesn’t stick his head out of the window. When I do leave him home, he is pretty upset on my return. So, very sad.

Hopefully, over the next few months, he won’t get anxious when we are separated.

He also likes to eat weeds and then barfs. Why? No clue. Another thing to train out, if possible.

He absolutely loves to go on walks. We go 2-4 times a day. He lets me know when it is time by putting his front paws on my lap and digs his claws in a bit.

He will wrestle with me a little bit, but I have to be cautious. My sister used to have a Bassett hound, and we had some epic brawls. If it gets too rough, Ragnar will act afraid and cower at my feet. I hope he wasn’t abused by whoever used to have him.

He gets very upset with my bike rides, which starts when he sees me getting ready. So sad. Not that I could ride much this summer with so many fires in the general area, making it very dangerous to go out in. I probably gained 100 pounds this summer not riding my bike. Okay, maybe not. Somehow, I am riding faster than ever. Probably thanks to the clipless pedals. It is the only plausible explanation.

The near constant smoke made taking walks difficult which was an obvious source of frustration for him.

I was surprised to learn that I can outwalk him. He is totally ripped, and one day we walked about 17,000 steps over 4 walks, and after the last one, he collapsed and slept all night. And, all day. He didn’t ask to walk even once the entire day. I was worried that I could not exercise him enough, but that seems to not be an issue.

Another bonus is that he is my alarm clock. Almost to the second, he wakes me up at 8:30. That is good and bad. Good, because it gets me up no matter what time I fall asleep. It is bad, because even if I get to sleep at 5 or 6 AM, and then wake at 8:30, I still can’t get to sleep at a reasonable hour. Overall, it is a win for me. I am up and walking at 8:30, that can only have positive effects, right?

We have nice little chats, but for some reason, he talks very little. It’s funny when I am alone, I hear and see ghosts in my house. When my family visits, no ghosts. When the best girl in the world was here, no ghosts. And so it is with Ragnar.

I finally have a friend to spend my days with.

He is a good dog.