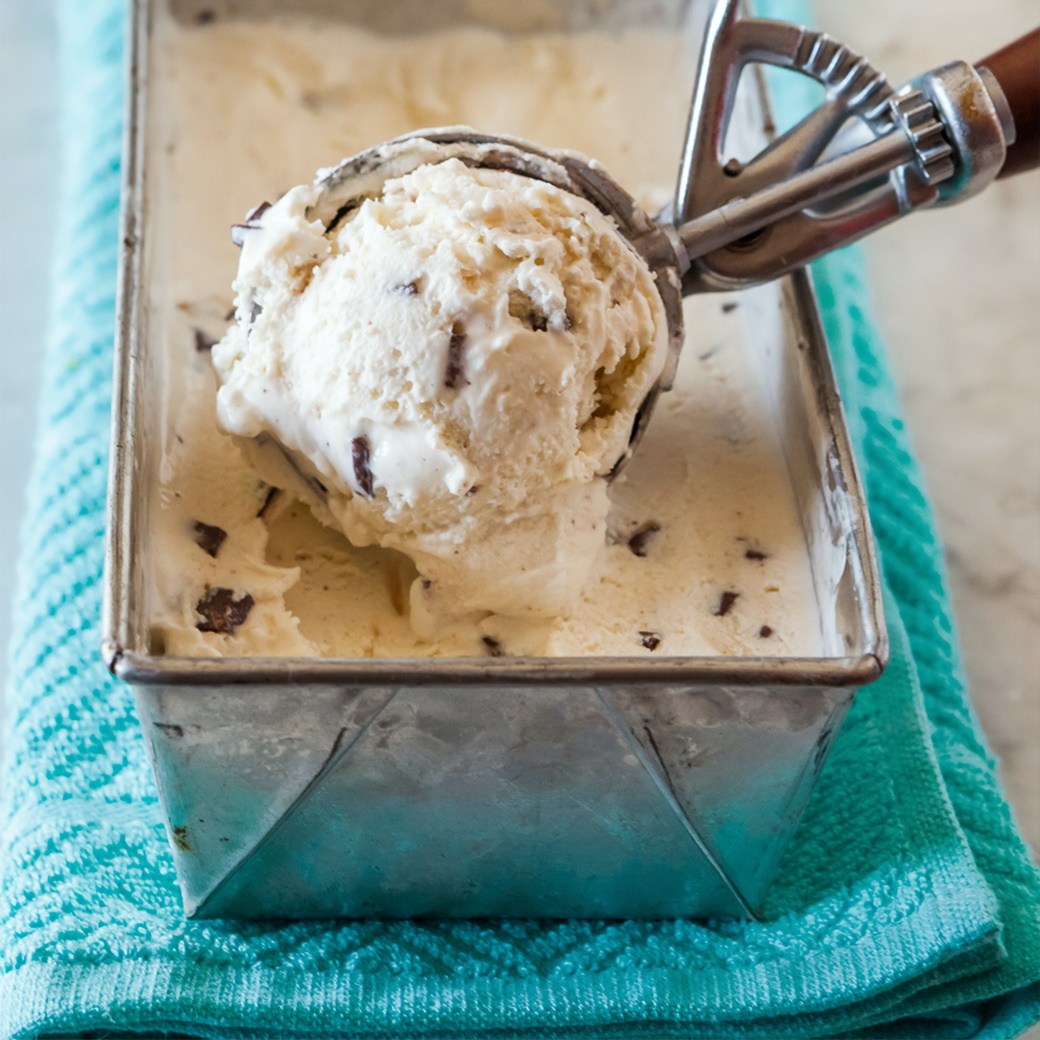 Making ice cream is fun and probably cheaper than most ice cream at the store. I should keep track of how much the ingredients are to make a gallon (3.78l) in the recipes that I will post.

It is not all that difficult, and it impresses the grandkids. 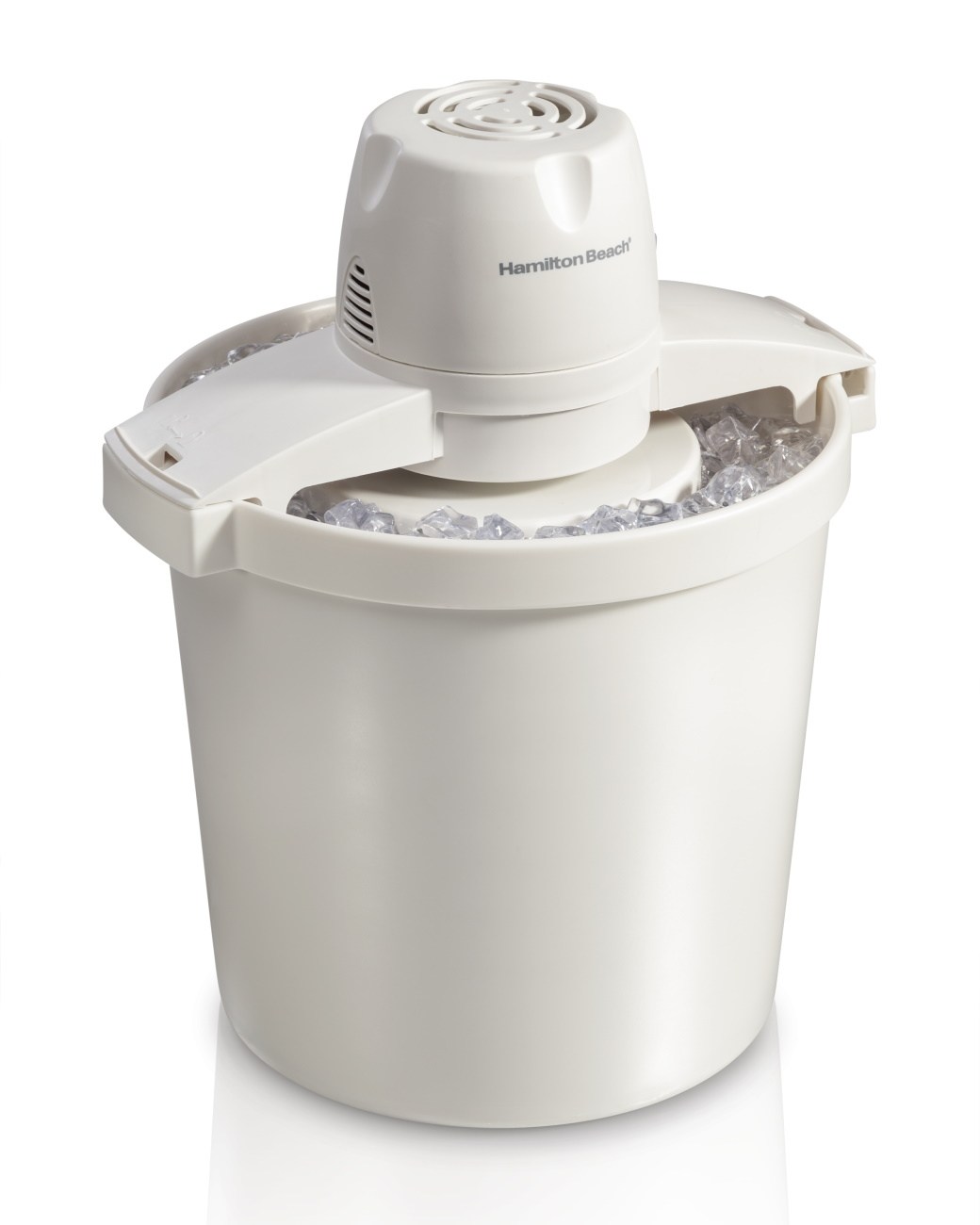 The most important thing to make ice cream is a churner. Churners come in two types: electric and hand crank. Don’t even think about using a hand crank churner unless it is a dream of yours to have your arm fall off.

They come in various sizes. Oddly, the smaller ones seem to cost the most. A decent gallon-sized churner that will last a few years is under $40. There are many over $100, but that doesn’t seem cost-effective to me.

Any should work well, but they need to have a decent amount of space outside the ice cream container for ice and salt.

When the churner is um churning the mixture, something is needed to freeze it. That something is ice. For a gallon mixer, you will need about 10 pounds of ice. Some churners have a built-in compressor, so ice and salt are unnecessary, but they are expensive.

Unless you have a giant ice maker at home, buy at least a 10 lb. bag of ice. I prefer small cubes, so it is easier to pack in tightly, but large cubes work okay also.

Salt is critical as the ice by itself will quickly melt and won’t stay cold enough, long enough to freeze the mixture with it.

Saltwater freezes at a much lower temperature, and adding salt will keep the ice colder longer.

To freeze the mixture, you need to bring it below freezing level as its freeze point is similar to saltwater. When it melts, saltwater is colder than fresh.

You will want to use rock salt. Stores carry packages of rock salt for ice cream or whatever rock salt you can find.

I have had good luck packing the ice as tightly as possible around the pre-frozen container about 2-3 inches thick. Then pour about a quarter cup of rock salt evenly around it. Repeat until the container is full.

I always wondered if freezing saltwater would be better.

Or churning in a walk-in freezer…

After the churning is complete, placing it in other containers is nice. You could buy super cheap skunk ice cream at Walmart or wherever and use that plastic container.

I use 1-quart plastic containers with silicone lids that seal tightly. You can find them made to be in the freezer at Amazon. I have never seen them in big box stores, but perhaps specialty shops will carry them.

The basic ingredients in all recipes include the following.

Whole milk - I guess there is not enough fat in the whipping cream! Whole milk fills out the volume.

Rennet - This is in some recipes, especially older ones. It is not easy to find sometimes. Rennet is a stomach enzyme found in calves that are fed milk. It doesn’t sound pleasant, but there are non-animal alternatives, not sure if they work well. It makes for a better and smoother texture and prevents ice chunks from forming. Rennet is common in making cheese.

Eggs - A common ingredient in recipes that do not use rennet. Eggs serve a similar purpose and produce good ice cream.

Flavorings - Things such as chocolate, candies, nuts, marshmallows, and extracts. When using extracts make sure that it is not “flavoring.”

There are ice cream mixes that offer a shortcut, but why bother? These mixes result in nothing better than generic ice cream. It is similar to bread or cake mix, super easy, but inferior and filled with gunk. The best recipes start on the stove. It takes longer to make, but the result is super great. That doesn’t mean that recipes that don’t have you heat it, at least somewhat, aren’t good.

After cooking, I prefer to let it cool down in the fridge for an hour or two.

Run the churner until it noticeably slows down or outright stops. This can take 45-60 minutes depending on the starting temperature. At any rate, make sure you read the documentation that your churner comes with.

Like always, using the best quality ingredients you can get leads to the best results.

Homemade ice cream seems to stay good for a week or so, possibly longer. I have yet to have it take that long to get eaten up by my grandkids.