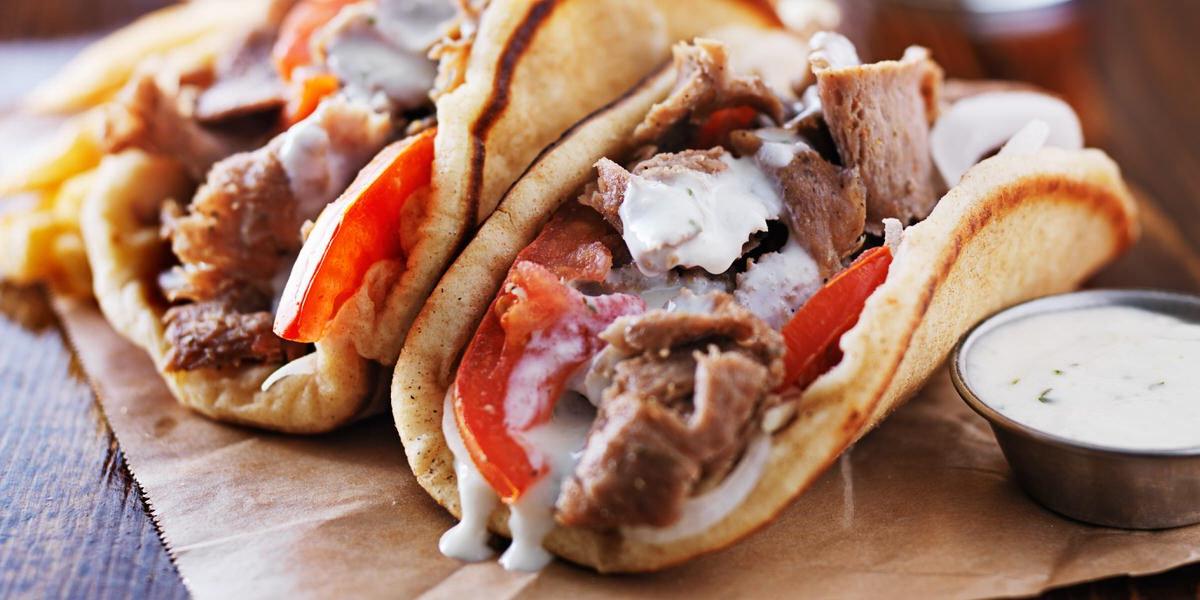 This is well-known Greek food in the US. It also has its roots in Lebanon.

Essentially, it is a meat loaf thinly sliced, with tzatziki sauce, cucumbers, onions, romaine lettuce, whatever you want wrapped in a pita bread. It is also served on basmati rice, but is not as common, at least in the states.

A kind Egyptian man had a wonderful gyro stand at my university. If you asked nicely, he would put chopped habaneros on your gyro which was eye-watering, nose-running deliciousness.

The secret to being able to slice it thinly without it falling apart is making sure that the meat mixture is compressed tightly before cooking it.

The Tzatziki sauce recipe can be used for other Mediterranean things.

I am not 100% sold on this recipe. I think I might have missed something, or perhaps it needs more of an existing ingredient.

Still, it is pretty good.

I am holding off on posting the pita bread recipe, it seems that it really does need to cook on a baking stone to turn out correctly. I will need to get one of those first.

Recipes are never posted until they get made that week. This is to ensure that they pass my low standards and my terrible cooking skills is enough to succeed.

If you can’t find ground lamb, pork, chicken, or more beef is an acceptable substitute.

If you use pocket bread, cut it in half and fill.

As always, use imported feta if you can get it. Your taste buds will thank you.