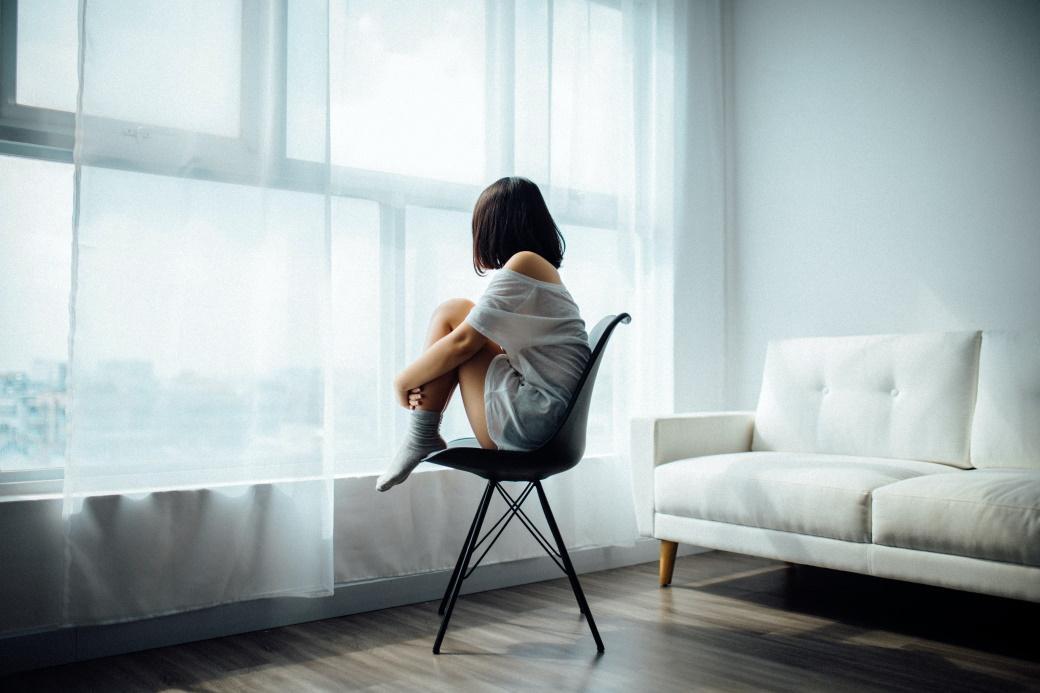 The title may seem bizarre or even downright crazy to you. I actually hope it does. Depression is not fun, but it is occasionally disturbing.

Moreso when psychosis, paranoia, and anxiety are added to it. It is worse than that for someone not used it. What about us old farts that have been living with it for a very long time? I can’t speak for everyone, but in my case, depression feels like a friend. It is not a very kind friend, of course, but my only friend. Well, sometimes it is a kind friend.

I would feel empty most of the time without depression. This is why I am describing it as a friend. Another reason is that I don’t have a way with words.

My current shrink, who is getting fired very soon, wrote: “He endorses ongoing low mood, energy, motivation, anxiety, varying sleep, ongoing paranoia, and auditory hallucinations.” Why did she write that?

I refuse to go back on meds (at least for now) because the side effects are worse than all of my symptoms, and somehow she thinks that translates to an endorsement. It did get me thinking about how it would feel to not have depression, anxiety, or psychosis. What I have realized is that MH issues have become a part of me. People tell me that I am not my depression, but I really am. It drives everything, both negatively and positively, and has for over two decades.

What makes it hard is that it feels like a foreign entity has moved into my head and has some control of the wheel upstairs. It has become part of my personality. That is not fun, but I am pretty sure that I would not handle it well if I were to wake up one day with depression, anxiety, and psychosis gone.

As twisted as it may sound, I feel warm and content when my depression is at its worst. This is when my brain is spinning, and there is just chaos upstairs. In the middle of it, there is a sense of peace. Maybe it is some kind of weird addiction. I believe I would feel cold, empty, and lonely if it suddenly vanished. It would be a lot like when depression first moved in, and I did not handle it well for a few years.

It is not that good of a thing that I have become used to it, but it is infinitely better than the alternative. It would be better for me if it could be resolved, but my depression has been labeled as intractable by more than one shrink. So it seems like I am stuck with it. It may sound surprising, but my days are pretty stable. It matters little if I am down and anxious or if everything is off the charts. Being stable doesn’t necessarily mean good. Most days, leaving the house, even to check the mail, or go grocery shopping (whoever invented self-checkout is my hero) takes effort. It is even harder to leave if I know I have to interact with someone. The hallucinations are distracting; the anxiety makes it difficult to relax. It is not fun, but I am accustomed to it, where my days are all the same.

That doesn’t sound good either but with all of my MH and neuro issues that is a blessing. Doing poorly but being stable is much better than being all over the place. That is true even if the worst of my unstable periods are no worse than my times when I am stable.

The problems that people with MH issues sometimes have can be traced back to an inability to deal with it and allowing it to take total control. It is an easy thing to allow, it has happened a few times in my past, leading to my getting bloody or ending up committed.

Sometimes, it just happens, and there is nothing to do with it but hope it is not bad.

I might be fooling myself by thinking that I have gained enough control to never need to be committed again. I believe that I won’t, and I am much worse today than I was when I got thrown into the psych ward at the Phoenix VA. I was in the middle of the fall term at Arizona State when I was committed for 8 days and still finished the semester with honors. How bad could I have been? I wish I knew. I have little memory of it. What I do know is because I have my medical records. The ward shrink wrote that school is impossible in my condition. Yet another reason I distrust them.

As much as I would like to get a BS in Mathematics, I seriously doubt I could deal with school today. My current downswing that lead to where I am today happened when I was in graduate school. I had completed my coursework and working on my Master’s thesis and project. I was lucky to finish.

A kind and understanding adviser helped to push me through it. I struggle to work on my programming projects, and even my Rails project is challenging lately. If there is an easier environment for web apps than Ruby on Rails, I am unaware of it.

I don’t want to give the impression that things are easy to deal with. They are not, but it has become the new normal. A sense of normalcy makes it easier to deal with and feels more natural, but there is nothing natural about any of this.

I talk to several people on various forums. They are usually fairly young, and they struggle to get stable. They fail a lot, and they end up hurting themselves over and over. It is sad and tragic. I think the answer is one that no one wants to hear: give it time. The problem is that many don’t have time.

Meds aren’t working for them.

They are in danger.

Many have no support or anything at all to lean on.

I was once like that, but I was fortunate to have free care, and most importantly, children. They are why I am still here. Whether still being here is a good or bad thing varies throughout the day. The constant suicidal ideation never takes control of me anymore. It is just background noise these days. I did have a date set once: Jan 1, 2000.

Seemed like a nice date. I had everything set up, and my kids were staying at my daughter’s friend’s house for New Years’, and I went to say goodbye, and once I saw them, I knew I would not do it.

The point of all of this rambling is that it is possible to make peace with MH issues even if they never go away. I am not saying that being friends with depression is a good thing. It probably is the opposite but acceptance goes a long way.

It is simply acknowledging it exists and trying to minimize it. Push it into the background and find something to do. I was and am fortunate to have children. Going to school was simultaneously helpful and stressful, but school gave me a solid base as a programmer, and have multiple projects going, albeit slowly.

Read books, and it really doesn’t matter what kind. It keeps your mind on something beyond your problems and keeps it active. If you let it, MH issues and meds can slow your mind. Go for a walk, run, bike or swim. Not only is it good for you physically, but it also produces hormones that help your MH problems. I recently took up guitar, although it is coming along very slowly. I started fishing again, and that is very peaceful. I am considering getting back into creating pewter items and learning candle-making. As a hobby and perhaps make a little on the side. I burn a lot of candles which helps my anxiety. It is expensive to buy good quality candles. So it is also an attempt to save money. There are lots of other hobbies a person can get into cheaply.

It is difficult to get the motivation, but it is worth it to push through and accomplish something. It is very easy and destructive to wallow in the crap that is mental illness. Lying in bed all day is the easiest path. It is also the most unhelpful. Depression and other illnesses feed on you and quickly spiral out of control. Sometimes, even if you are fighting it, it will still roam freely inside your mind.

After two decades of this, I believe that the best therapy is staying busy and active.