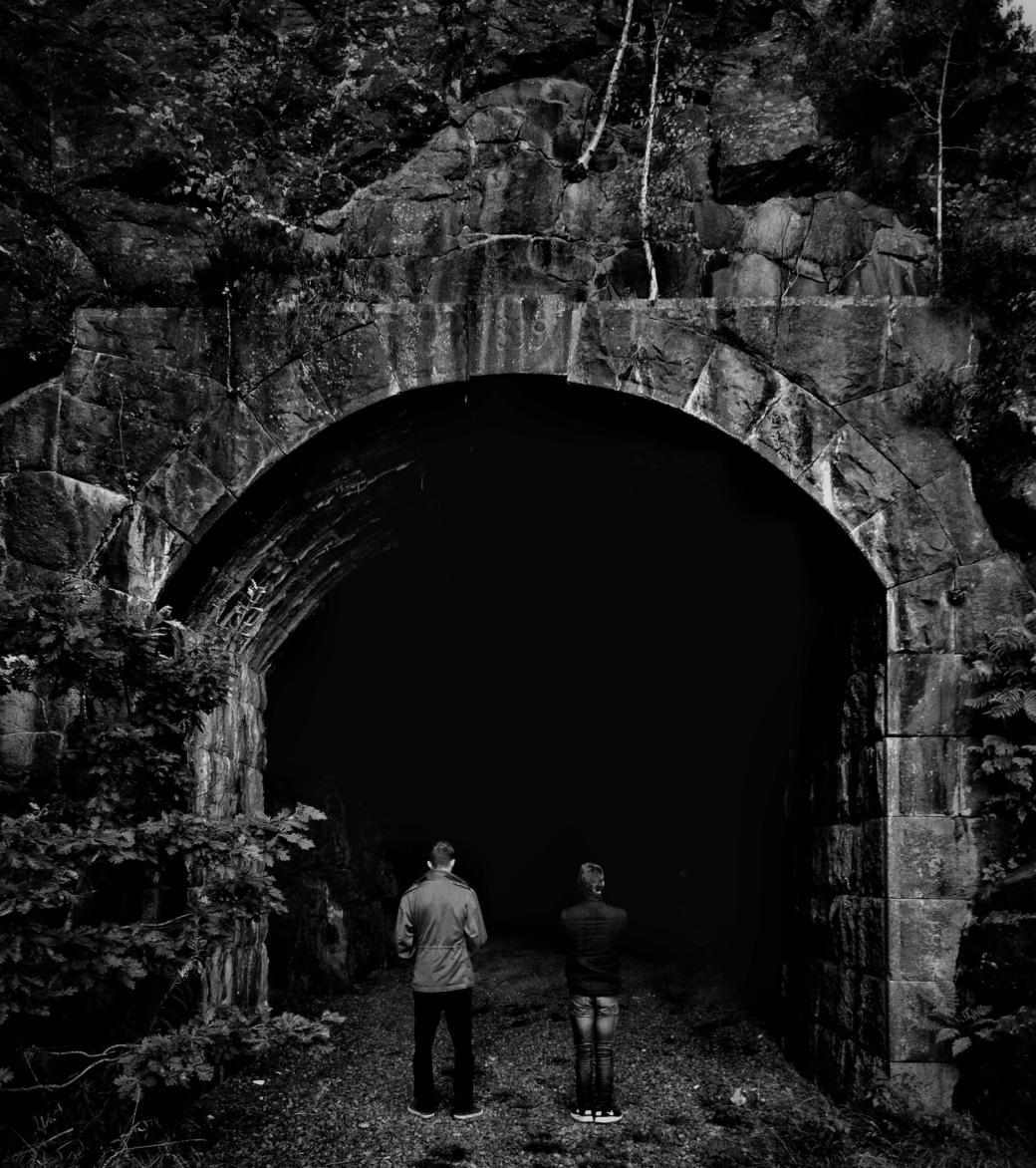 Philosophy is perfectly right in saying that life must be understood backward. But then one forgets the other clause—that it must be lived forward. The more one thinks through this clause, the more one concludes that life in temporality never becomes properly understandable, simply because never at any time does one get perfect repose to take a stance—backward.

Given the complexities of life, all the roads taken and not taken, it can be impossible to see the cause. There are well-marked events that define a life. Meeting your significant other and eventually having children is one such event. How easily could you have not met this person? The effects of that are huge and very obvious.

Typically, one can only see these forks in the road when looking back.

How does one begin to find the cause of a life-shattering problem that has no obvious beginning point? Is it even possible? As with many things finding the fork is the first step in solving the problem. It is the basic who, why, where, when, and how questions.

For example, an arson investigator needs to know how a fire was started if there is any hope of getting to the bottom of it. As a programmer, I cannot solve the problem at hand, at least not in a decent manner, if I do not understand what the problem is and its background.

Everyone feels down from time to time.

It is a defining trait of being human. Some get it much worse than others, and it seems random in the sense that it might not be based on anything going on or proportional to the issues. If one has no mental health problems, an acute episode of depression or anxiety can still happen. I had an enjoyable childhood, and other than self-esteem and confidence issues, it was unremarkable. My biggest issue as a child was the feeling that I do not belong here. I have had that feeling for as long as I can remember. As an adult, with one or two exceptions, mental health problems came and went (or never left) with no external stressor. I went through lots of stressful times like everyone. I experienced a few downright scary things. They did not correlate with downturns in my mental health.

Before I started having significant and chronic mental health issues, I was no different. The first time that I ever felt so down was when I was 18 and in the Army. It felt that something was ripped out of me. I felt completely hollow. It was a new feeling, but I am very used to it now.

The Army is not a kind environment, at least not in a combat arms unit. I did well and got promoted quickly. Why or how did it happen? I have no idea.

Maybe I was still adjusting to being away from home and being in a radically different environment. It almost ended badly, at the end of a rope on a random Saturday afternoon.

Luckily, no one knew, and I pushed through it and completed my enlistment without problems of any kind.

After getting out, my life simplified and got lonely. This was my second bout of suicidal ideation, but it never got to the planning stages. It was also the first time that it stuck around for more than a few days. This lasted about a month. At least I can point to an actual cause, in this case.

I am grateful that I do not suffer from loneliness anymore. I love solitude, and making friends seems out of reach. I failed so many times that I simply have zero desire for it. I enjoy seeing family, so I am okay with a lack of social life. Over the years, I have had many shrinks and therapists. The consensus among them is that it doesn’t matter if I am alone or not, and being alone isn’t particularly unhealthy.

About two years after getting out of the Army, I got married and had a beautiful daughter. Times were tight, and I needed to get a career. I went to a community college. I didn’t do as well as I would have liked in school and had second thoughts about the program. My mind drifted back to the military as a possibility. An Army base would be a terrible place to raise a family. I knew the Air Force was much more family-friendly, but I was under the impression that promotions came slowly. I became accustomed to quick promotions in the Army, so I tossed that out. I eventually settled on the Coast Guard, even though I had to take a demotion. It was completely different from the Army. In some ways, it was a better life and much easier than the Army. In other ways, it was much more challenging.

Things were going well. After an easy boot camp, I chose to go to a search and rescue station on the coast of Washington State. Family life was good; we had our second daughter about a year and a half into my enlistment. Promotions came as quickly as I was willing to work for them. When I left my first duty station, I was an E-5. Smooth sailing until a fateful day.

I had this weird thing happen to me during my time at the search and rescue station. Out of the blue, I blacked out but did not fall. Then came extreme feelings of terror, and I could see images of scenes from dreams. It affected me all day. I was in a fog and had no idea what it was. It was pretty early, so I chalked it up to being tired and foolishly failed to follow up with a doctor. I was fine the next day and pushed it out of my mind. It happened again, about 8 months later. Luckily, I was home, and again, it was early in the morning. I just brushed it off.

About 15 months later, I was assigned to a patrol boat in Key West. I had only been on the ship for 4 months, and it was a busy and stressful time. We picked up thousands of Cubans from rickety rafts. This was 1994. It was a massive effort from so many CG and Naval ships just to keep up with the migration. I think the total count was 30,000 people picked up from the entire task force. When that died down, we got diverted to Haiti for Operation Uphold Democracy. Between all of that plus usual duties such as fishery enforcement and drug interdiction patrols, I also spent a week in training in Yorktown. It was a busy time.

On January 3rd, 1995, we started our first day of month-long dockside maintenance. It is hard work and long days, but at least we weren’t getting pulled all over the place. That morning, I had another one of those weird things, and it was significantly stronger than the previous ones. It knocked me on my butt, literally and figuratively, but again it didn’t even occur to me to seek help. I just faked my way through until the end of the day.

At the end of the day, I had another strong one during formation. I remember being wobbly and almost falling. I lived about a 45-second drive from the base, so I made it home without issue. I remember walking in and seeing my girls eating and rushing to the couch, feeling terrified. I had a blackout and another, and they kept coming. They were coming quickly with very little time between them. The next thing I remember is waking in the ER and hearing two doctors discussing how to fix my shoulder. It turns out I had a grand mal seizure, separated my shoulder, and tore my rotator cuff. The shoulder was from the fall off the couch. I tore my rotator cuff because it made me paranoid, and I was swinging at the paramedics with both arms.

This event was a fork in the road.

Nearly everything bad that had happened to me since can be traced here. There is not one injury from that incident that doesn’t still cause me trouble. It has led to lots of issues, physical and otherwise.

It turns out the weird things I was having before the grand mal was a complex partial seizure, sometimes called an aura. I spent eight days in the hospital. Four of them were in the ICU. The grand mal seizure stopped my heart, and I had an irregular beat for a few days. I don’t remember a lot from this period.

I have learned to tell if a dream will cause a seizure, and I avoid thinking about them. Most dreams are forgotten when I wake, but once it causes an aura, it is seared into my brain. The seizure auras are a blessing in disguise. There have been no other grand mal seizures since. They are warning signals, and I have hours to get seen and get it stopped.

This ended my military career, although it took 18 months to get through the medical board. I took advantage of that and all the medical leave and light duty in the Group Key West medical bay to actually enjoy the Keys. I had two surgeries, and physical therapy to deal with. Other than that, life was relaxing as it should be in Key West. During this recovery time, I started getting terrible tension and migraine headaches and still get them to this day. I started feeling down, enough that the corpsman I worked with noticed and I had my first appointment with a shrink and my introduction to the joys of psych meds.

Little did I know that it would not be the seizure that would alter my life the most in negative ways. If anything, epilepsy was responsible for me getting a free undergrad education.

Epilepsy was the only basis for the medical discharge. The VA also service-connected the depression, bad shoulder, and headaches. This was enough to qualify for vocational rehab, which is a great program that offers free education. Of course, it provided a modest income that could be supplemented with work.